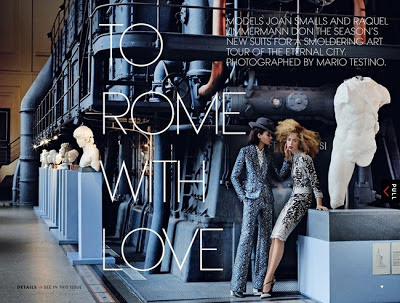 I love a lady in a suit as you can see HERE:  Clothing thanks to Mr. Clothing an amazing New Zealand label.  Androgyny  is often best served in a suit and dapper bow tie.  However its not something seen often, and only recently is commercial fashion embracing it more!  Recently Hallenstines Mens wear featured my tattooist from Two Hands Tattoo and their female assistant – big things for little ole New Zealand.

Vogue however is in a bigger ball game.  I love this spead featuring models Joan Smalls and Raquel Zimmermann photographed by Mario Testino for their Valentines day edition. 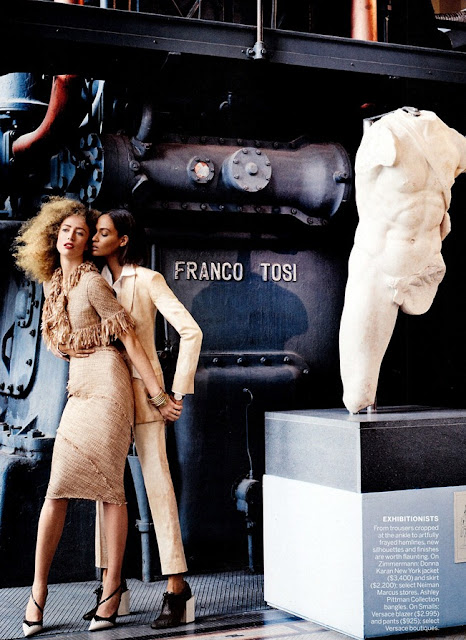 Vogue US has gone even further than Vogue Paris!! If we only consider the fact alone that France has only just surmounted its struggle to pass the law of marriage equality, seeing Joan Smalls and Raquel Zimmermann kiss and make out is nothing short of sheer revolution! 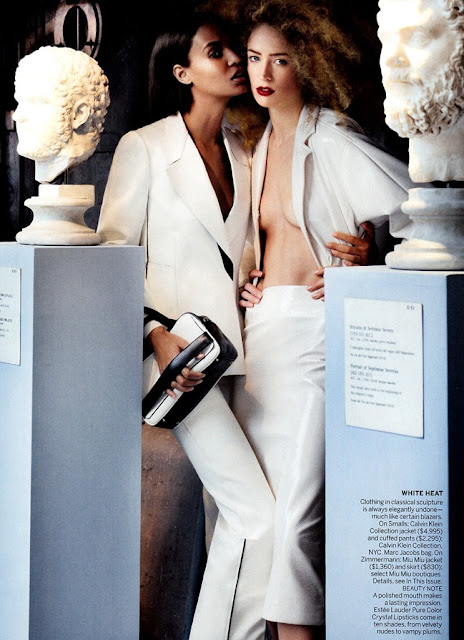 Raquel and Joan make a pretty decent couple, and although these suits are delicious the fashion choices the stylists made for this pictorial definitely follow generic clichés/ steriotypes.
Whenever Hollywood or fashion do an inter-racial lesbian theme/shoot the black female is always the butch one… always.
Also, if Joan had worn sneakers with her pants suits, I would’ve almost been inclined to say that the inspiration for Joan’s character was Ellen DeGeneres.

Seriously boots or sneakers would have been a MUCH better choice! 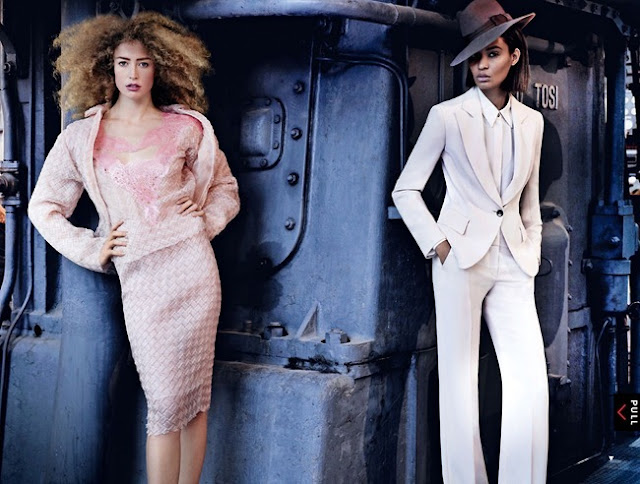 From what I can gather, Joan Smalls and Raquel Zimmermann are both heterosexual. However one of the most notorious relationships between two high profile models involves Freha Beja Erichsenand and Arizona Muse.
It would’ve been pretty interesting seeing them in this pictorial instead of Joan and Raquel. Allot of respect to Anna Wintour published this in spite of the fact that not even half of the US’ recognize marriage equality. 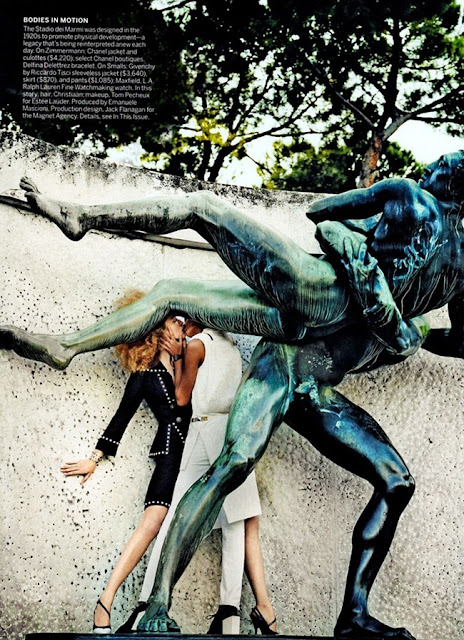 May this set an example for the future! Fashion or otherwise. 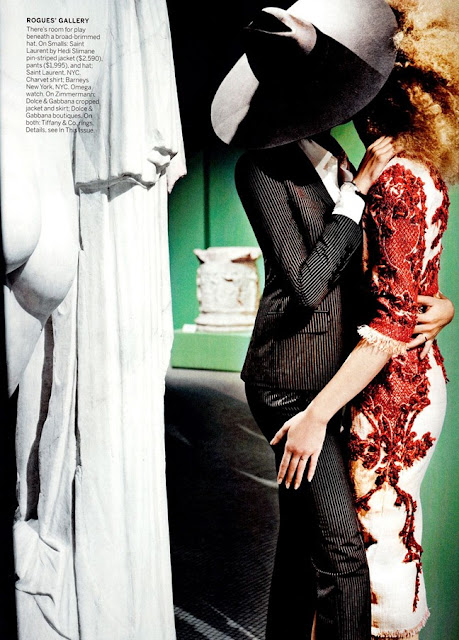