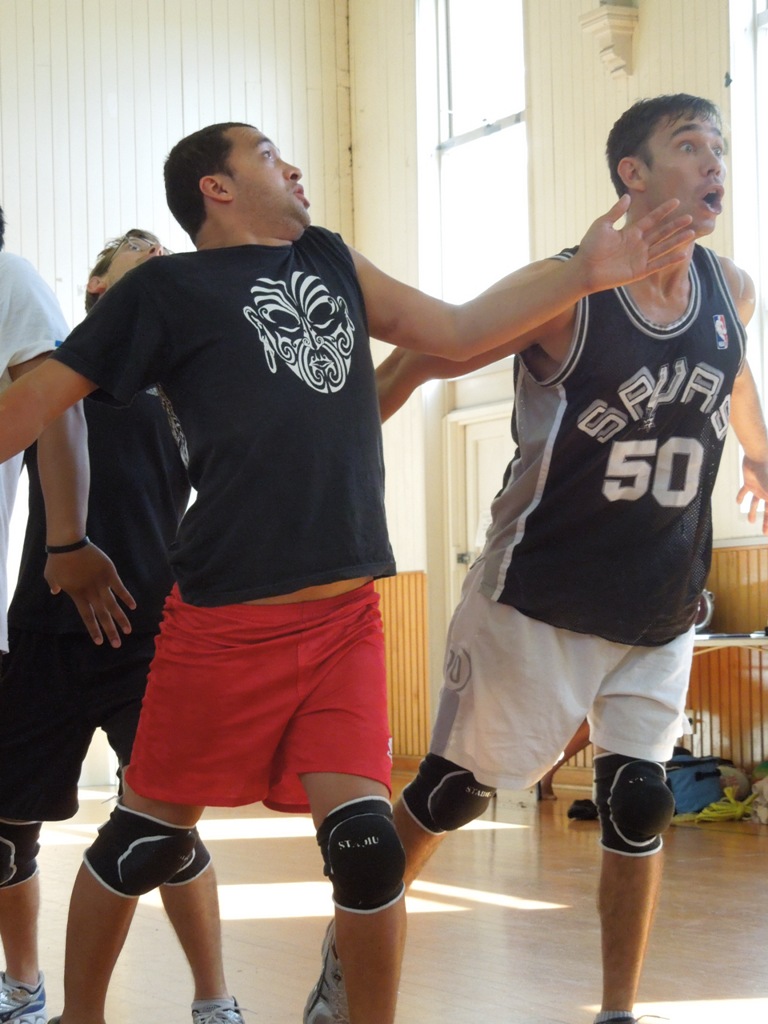 The Brave – One of the best Theatre shows I’d seen in ages!  And not completely testosterone-filled as I’d expected.  A really touching and emotional show that gave me a lovely warm-on-the-inside feeling at the end of it.  I went along on Wednesday night with miss Tamora Tea who has guest-blogged this review!

The Brave is Massive Company’s new production examining what it means to be a young man
in New Zealand today. Sort of. It’s more about the experience of these young Auckland men in
relation to masculinity, the stories they tell are almost too personal to be making any sweeping
conclusions on men in society. Part theatre, part dance, part outright autobiographical confession
and with a cast consisting of predominantly Island boys, The Brave allows the audience hear voices
that are usually not heard in the mainstream discussion on masculinity.

Family played a central theme for everyone in the play. The terror at the thought of losing a parent, the good and the bad examples of fatherhood and the hopes for their own families in the future.
The workshopping for this performance must have been intense to draw out such intimate personal
stories, hopes and fears from these young men. Many of their monologues and conversations
revolved around this theme of the struggle to openly communicate with loved ones and the need
to wear many faces for many different situations. There were letters to past selves, future selves,
parents and grandparents. One of the most heart wrenching was from the gay man thanking all those
who had fought for gay rights in the past so that he could lead the life he is living with freedom and
dignity.
Movement was used exquisitely in this performance. The image of masculinity we were shown
highlighted physicality, sports, heck the choreography (the fantastic amazing choreography!) was
bordering on the acrobatic. Body image issues were also raised, an area usually only reserved for
women to discuss in public. There was no reliance on costuming, sets or props yet the dialogue-free
stories these men were able to tell using just their bodies were subtle and just as moving.

The discourse on New Zealand masculinity is changing. With things like ex-All Black John
Kirwan’s TV ads and new book on coping with depression, the traditional image of the staunch,
silent Southern man is thankfully starting to fade. The Brave is an important piece of work in
continuing the conversation, not only allowing men to show a more vulnerable side, but also letting
them embrace their difference and individuality.
If you miss The Brave at Q Theatre, it’s also on at Mangere Arts Centre. Which is good. Too
often theatre performances like this cater to, lets face it, white middle class privileged folk who
can afford the price of admission. But stories as important as these which excellently balance
harsh revelations tempered with humour, should be shared with as many young men and women
as possible. The end result was uplifting and positive. Worth it just for the ‘Double Shot’ free style
number and ‘Dream Girl’ routine alone. (The Ponsonby Road “Double Shot” free-style..  PLEASE RECORD THIS!! A-Mazing!)
-Tamora Tea