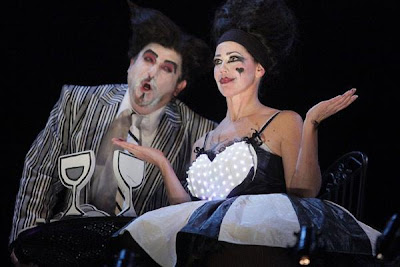 Last Wednesday I went to see the Opera.  Not something I would normally attend I felt rather cultured having the priveledge to attend and blog about the experience.
I was seeing Cavalleria Rusticana and Pagliacci a the Aotea Theatre and spoiled with a backstage tour after the show.

Visiting on a friends of the NZ Opera night included a talk at half time with a couple of cast members about their experience in the Cav&Pag tour.

Waiting out in the foyer prior to show time sipping on a quiet G&T with my companion for the show, we noticed the demographics of the people waiting on in the foyer.  Older generation musios, music teachers, music school students and the occasional couple out for a classic date on a Wednesday night.  I got asked several times, being alot younger than most of the other patrons, if I was a music student.  Laughingly I explained that I was writing a Blogger review on the show.  I didn’t expect such a warm response however from both the Aotea staff or the other guests, however they were all very conversational and willing to talk about their particular love of the Opera!

In particular I had a great discussion with a couple of canadian gents who were Opera enthusiasts – for want of a better term.  They had both seen the Cavalleria Rusticana & Pagliacci operetic duo many times around the world.  One gentleman having been a music teacher who couldn’t speak highly enough of the famous double billed operatic dramas.

I was very very new to Cav & Pag, but I  recognised a little of the music, particularly  out of the first Opera -Cavalleria Rusticana.  After a bit of research found it has been used in commercials to the movie The Godfather Part 3.

The Easter Hymn the entire cast on stage was enchanting, making the hairs on my arms stand on end!  The famous Intermezzo in Cavalleria Rusticana,  http://www.youtube.com/watch?v=9MqTvfXIzug

If you love the deep richness of a tenor tone, the greatest of all tenor arias, Pagliacci’s heart-rending ‘Vesti la giubba’ is absolutely amazing.  Preferring a the tenors over the sopranos myself, I loved Cavalleria Rusticana featuring English tenor Peter Auty as Turiddu, and Polish baritone Marcin Bronikowski while Pagliacci sees Mexican tenor Rafael Rojas take the role of Canio Australian baritone Warwick Fyfe is Tonio, Marcin Bronikowski sings Silvio, and Kiwi Andrew Glover is Beppe.

Here are some naughty snaps I stole after the show! 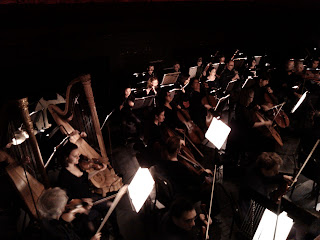 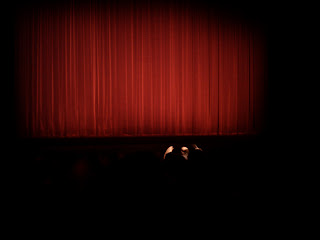 Conductor – About to begin 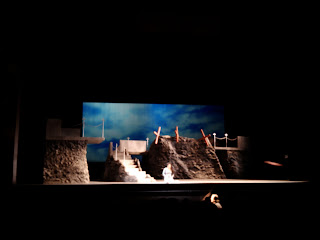 The Revolve – which travels with the Opera pack up and down 2 days at a time!!  Stands about 3 ft above the original stage. 10 ton weight capacity! 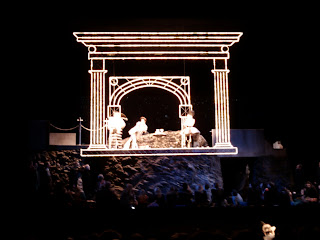 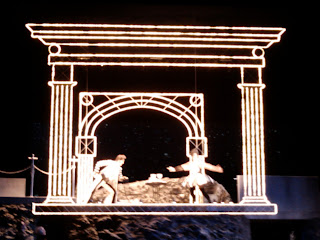 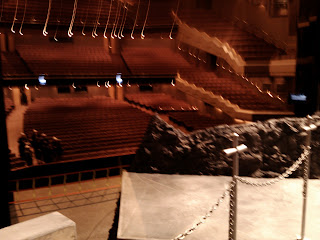 View of the Theatre post show from on top of the Revolve on stage! 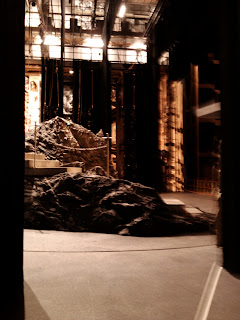 The poster features skinny models dressed in fancy label clothing… (My favourite I think the white dress by Stolen Girlfriends) where as the actual singers are not featured other than in pamphlet and flyer.  Interesting but artistic licence I suppose. 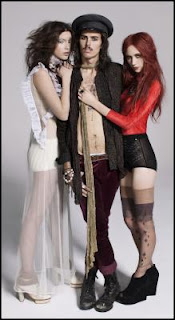 I am now a new convert to the theatrical world of Opera!  Thanks New Zealand Opera… see you again soon!
Subscribe via Email!