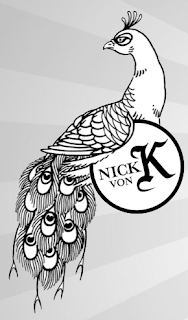 I love jewellery!!  Hand made unique items are GORGEOUS and super special and I want to show you all one of  my favourite designers!  Nick von K!!    Rock&Roll and high fashion! Yes please!

What does a guy like you on a normal day “at work”?

I spend most of my time working on strategy for the business, which can be anything from how we will go about moving into Australia, to organising a photo shoot, to talking to prospective new clients, to liaising with customers on commission work. And of course, preparing to go to Bali to design the next collection.
My wonderful assistant Anja takes care of the workshop where all orders are filled and stock is organised – which frees my time up so I can work on the business instead of ‘in’ the business.
In Bali I design. The process for me has become one where I leave a lot of the designing until I get to Bali. I like to have the theme pretty solid before I go, with a few ideas floating around in my head. But once Im there its all about honing each idea while I ride on my scooter through the hill villages and rice fields. I ride for a total of 3 hours, every other day, to the silver village and the carving village, and I find this perfectly suited to meditating on each design and fleshing them out. Something about the tropical heat, the weaving ride and the beautiful views puts me in exactly the right space for designing. 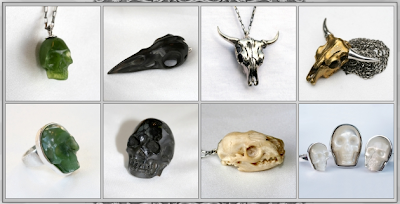 How did you get into the industry and what made you decide this is what you wanted to make a living out of?

When I was about 20 I was playing around in a few different creative fields, namely; painting, music, writing, jewellery and sculpture. I met a great mentor at that time who suggested rather than being a jack-of-all-trades, I pick one to master. And he then suggested I pick jewellery as the one that seemed to have the most promise for me.
Well, he was right! It took a few years to get it going but once I hooked up with Ricochet making all their accessories things really began to take off. So I guess at the beginning I wouldn’t have chosen this path for myself if it wasn’t for the great advice I received – but looking back now it makes so much sense as I personally love to wear a lot of jewellery and I always have.
I have to say I think I have the best job in the world, and I consider myself very lucky as I always wanted a creative career. Not to say there isn’t a lot of hard work involved, of course there is – but its hard work that is very satisfying.

Its really not that difficult to make and sell jewellery, many of the shops I sold to when I started out were really open to looking at my creations and buying them. I think that’s a New Zealand thing – its not like other countries that have a lot of chain stores that are hard to contact let alone sell to, there are a lot of individual shops who all want something different and are really open to meeting new designers and viewing their designs.
Of course, it is perhaps hard to make a decent living out of it, but that just takes patience and perseverance, and a bit of good luck and good management. So my advice would be to give it a go, and then keep going – if you stick at it eventually you will break through.
The other great piece of advice that was given to me was never pretend to know everything – if you approach people in the industry, including the shops you want to sell to, with an attitude that you are interested in their advice then they will most likely give it to you. People love to give advice and often its invaluable, so ask questions and listen to the answers. 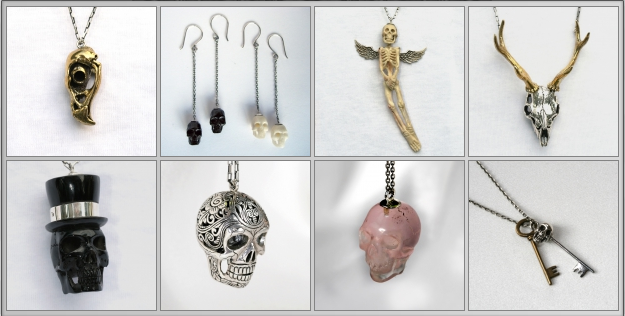 When did you discover there was life outside the corporate 9-5 Office grind?  Was there a specific event or epiphany that brought that about?

Hahaha, that’s a funny one. You know I’ve never really had a 9 to 5 job. When I was 17 I met a psychic who told me that they really couldn’t see me doing the typical 9 to 5 – which I instantly knew was 100% correct. And that knowledge completely freaked me out because I thought “Well, what the hell am I going to do then???”. So from that point on I was always looking for the alternative situation. You know the funniest thing is that these days I often do work from 9 to 5, but working for yourself is a completely different story.

Have you ever struggled to get what you do at work or out of work taken seriously?

Ever since I was a child I have made things in my spare time. My parents constructed a small workbench for me under the house where I would spend hours every day making all sorts of odds and ends, and I would often give these away at Christmas as presents to the family. Or else I would be drawing and painting somewhere, and generally making a mess.
But funnily enough my parents made it very clear to me that being an artist was not an option as “Artists never make any money – until they’re dead.”
Finally after dropping out of a boring commerce degree at Uni I took to my passion of painting,  and my Mum, bless her heart, helped finance me into a studio where I could live out my dream. The painting never really took off, but it did lead to jewellery – and its been ever so sweet to be successful as an artist before I’m dead!!

Your work is very specialized – is this something you’ve learned in an education system or did you fall into it?

I once did a night course in jewellery making, which gave me some basic skills, but really its something that I have learned along the way. Working with the team at Ricochet for many years taught me a lot – initially they would give me designs to make, or we would design together. And then gradually I would bring more and more to the table.
I began going to Bali during this period and that really expanded the possibilities of what I could design. Then when I decided to begin the Nick Von K label I had years of experience in Bali to draw upon, and so I took that knowledge and expanded upon it into what I do now.

What effect has the Internet had on the way that you work?

We launched the website nickvonk.com at the same time as the label itself back in September 2010, and it has been awesome for the business. Everything from direct sales, to stylists here in NZ and overseas finding us, to prospective shops researching us.
Plus I often search for images on the net that will explain a design that is in my mind to a wax carver or bone carver. Then I’ll print these out as a reference for when I sit down with the carver to go over the idea.
Facebook has also been a great resource. Being able to communicate directly with the customers and fans on the Nick Von K facebook page is invaluable, especially as I mostly wholesale to shops so often do not meet the people who buy my stuff.

Being involved with the American clothing designer Nicole Miller has been amazing. We met just as I launched the label at the 2010 NZ Fashion Week where she bought some of my jewellery for herself and for her stores in the States. Then when I told her I was coming over to New York she organised a launch for the label at her Soho store. The launch was even filmed by her team and produced into a short clip on youtube. You can find the link to it on our website in the press section. She also took a huge crowd out to dinner afterwards and sat me down next to the one and only Heather Graham (aka Roller Girl). So there I was talking chit chat with a very beautiful and famous actress all night long – I couldn’t believe it!!!

Right now I am in Bali working on the next collection. At the moment its all under wraps so I can’t really tell you anything about it until its officially launched in the coming months. But let me say that personally I am really excited about it – its quite a fresh direction for me so be prepared for something a little bit different to the previous seasons. I’ve also given myself plenty of time to work on each design so the ideas are really fleshed out and there are lots of little details for people to discover.

I’ve a very special unique commission Nick von K piece in the pipeline myself!  I can’t wait to show you all… its going to be to die for gorgeous… I’m excited just thinking about it.  He made this beautiful honey bee ring on commission for my beautiful friend Leda Petit…