Not your normal job – Nick Collings 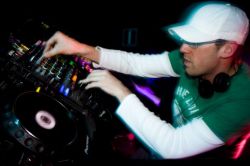 I met Nick Collings 8 years ago, I was young, innocent and could go out till 4am three nights in a row with out spending an entire week recovering afterwards!  He was the Super-Star DJ up the front of the club doing what he does best – Music.
I decided to ask him a few questions about his career as a part of a new blog series I’m writing..
“Not your normal job”

You have been DJing since most punters today were still in kindy. When did it all begin?

DJ wise I started in April 1997, but I have been collecting music from as early as I could get my hands on money to buy it. At school I would buy cassette tapes (Yes tapes!) and make compilations for myself with a wide range of music on them. People would ask me what I was listening to and want a copy so I would make them their own personalized tape. I guess that where learning to read a crowd came from. The need to take up DJing just came from going out and seeing what these crazy people behind the turntables were doing and seeing what I could offer to that scene.

What did you do before you started the iconic Criminal Records?

I failed school (twice) and was doing just odd jobs here n there. I got a job working part time at Southern Cross Healthcare in 1997 as a claims assessor whilst I began a diploma in Advertising at AIT. I lasted a year studying until an idea came up with a friend that there was a real shortage of places to buy the kind of dance music we liked on vinyl so we started Criminal Records in April 1998, in a shoebox of a store in O’Connell Street, moved to Elliot Street a few months later. My business partner left at the end of 2000 and I moved the store and took sole ownership on Symonds Street from 2000-2007. I left Southern Cross to focus on the store in late 2000. Criminal Records ceased existence after a decade in December 2008.

What tips would you give new Djs / entrepreneurs to help them start out on a path to success?
Business Wise… Get a great accountant, learn your market before you start any business. Have a solid amount of financial support behind you and make sure you have a supportive partner. Expect to work twice as hard then everyone you know for half the amount of return.

DJ Wise… LOVE what you do. Chances are you won’t get famous, you won’t get rich.. Most of the time you’ll be doing what you love for people who won’t care anywhere as much as you. As much as possible stay humble.. You are only flavour of the month for a short period of time so longevity in this industry comes from proving your worth and respecting those around you.

Did you consciously decide not to work in a ‘normal job’ or is this a label you feel is ridiculous and unfounded??

I kind of fell into making this a career, and have been managing to not get a “real job” for around 13 years now (Much to my parents and accountants horror). I have tried to go out into the real world and spent close to a year and a half unemployed trying to get an ok job. I failed on that front and am very wary of my place in the world. This is part of my drive in what I do now at UP FM as the programme director.

Have you ever struggled to get what you do taken seriously?

Each and every single day I strive to get taken seriously. Especially in this industry where it is very fashionable and trendy to do one thing, I am usually heading in the opposite direction looking to push the boundaries. There is always a compromise but it doesn’t stopping me giving people a few ‘WTF’ moments along the way.

Your work is very dance music focused – has this made you immune or desensitized to ‘normal’ pop/ rock n roll?

I am very much a music nerd in the sense of the word. I LOVE Hip Hop, I LOVE Rock.. I LOVE music. Every single form of music has it’s attributes and I definitely wouldn’t be the person I am today without listening to on a regular basis what the mainstream decides as popular music. My main concern with people who only listen to what is put in front of them is they miss out on the 90% of amazing new musical discoveries that are out there and I think that’s a real shame. Delve further than the charts in front of you.

As a result what appeals to you more, a dark underground club, a lounge bar or a large scale concert?

Time and a place for everything I think. Without dark underground clubs we won’t have a place to expose people to new music, without lounge bars we wouldn’t be able to discuss the music we love and without large scale concerts we wouldn’t be able to enjoy music with the masses that love it, plus with a large scale concert it is great motivation every day for me to work towards living that part of the dream.
How involved are you with New Zealand music?  Do you think you’re making a difference?

I’m directly involved with getting NZ Music out via UP FM. I am a proud supporter of NZ Music. One of the great things about dance music is that you can’t always tell what part of the world it is from so it is an equal playing field and is judged on it’s production merits. A great tune is a great tune anywhere in the world. I don’t know if I’m making a difference as I never get feedback, but I am definitely opening peoples eyes to the amazing talent we have in this country.

Criminal Records was a major milestone and my whole life for a very long time and It will always be a major achievement for me. Recently however was when I first joined UP FM and we begin the summer of 09/10. The UP FM team was working really hard to expand UP FM and for me the entire Solar Series of that time took it to the next level and I really began to believe we could realistic start holding our own in the competitive Auckland radio station market. 4 parties and around 12,000 people attended. It was an amazing sight to watch.

Have you got anything exciting in the pipeline that you could share with us?

I am ALWAYS working on something to further myself but generally I am a creature of routine. No big projects currently.. I just keep nutting away at improving UP FM (gaining listeners, quality of DJ’s, content). The role I currently undertake is definitely something you need more than 24 hours in a day to succeed at so all my time is spent just trying to do the basics well… I am taking over the world one tune at a time. 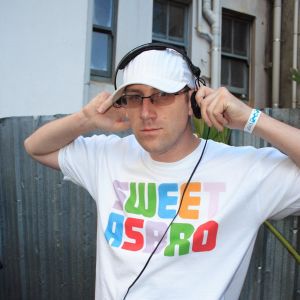