Not your normal job – Kristie Addison 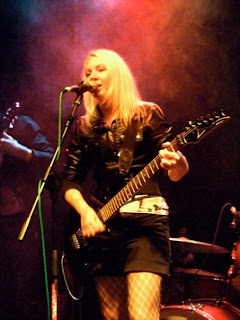 I met this Rocking young lady through a mutual friend.  She’s not only good looking but pretty damn talented too. Not willing to conform to the norm she’s a full time musio, and good on her.. I wish I could steal a bit of her musicality to up my non-existent skills.   I’ve always wondered what she got up to each day on the reading end of her Twitter feed, so decided to capture an Interview with her and find out.  Here is Kristie Addison, my arch nemesis for the Mayorship for Club Physical K’rd.  Bring it!!

What does a girl like you on a normal day “at work”?

As a freelance musician, ‘normal days’ come and go. Sometimes I play piano for a theatre company and that is the closest I come to a 9-5 style job with any kind of regular routine:

I get up early in the morning, I go to the gym (unless I’ve been up too late the night before), then grab breakfast and a coffee and head to the theatre. When I get there I set up and check my gear, do a few shoulder and back stretches, sound-check with the actors, have a milo. Then we put on a show, which for me involves playing piano and sometimes guitar or ukulele. Lunchtime happens (on a good day this involves bagels!), and then we have another afternoon show. After that I head home and either do practice on my own and cook dinner, or head out to a band rehearsal and end up eating in the car on the way.

My day to day life varies a lot, sometimes I’ll tire myself out working sixteen hour days and 14 day weeks over two or three jobs, other times I’ll have not much on and will get crazy with boredom until something comes along.

How did you get into the industry and what made you decide this is what you wanted to make a living out of?

I had piano lessons as a kid, and played guitar as a teenager. I’ve been writing songs my whole life. In some ways it was a natural progression to want to work in the music industry, though it took me a lot of chopping and changing to realise it was what I wanted. I mucked about hairdressing and scuba diving and working in hospo in my teens. I ‘sensibly’ studied physics at uni in my early 20s, but I ended up putting more and more time into my band and (much to certain peoples horror) eventually dropped out to work in a music store and have more time to play music. I constantly get told I should have a ‘Plan B’ but I think planning for failure is a fairly negative thing to do. 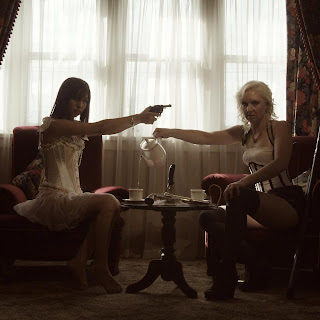 What tips would you give new others who might be interested in a similar career?
I’ve gone into things the long way around, if I was to do things differently I probably would have studied at MAINZ or similar. I know a lot of people who come through there and have not only good skills but also good contacts and that’s really important. So I’d say study hard, work hard, don’t let anyone tell you you’re not good enough. I don’t think ‘natural talent’ is a big thing, you can do anything if you’re willing to put in the time and effort.

When did you discover there was life outside the corporate 9-5 Office grind? Was there a specific event or epiphany that brought that about?

I’ve always been a bit of a free spirit (read: crazy person) and gladly I’ve never known the 9-5 office grind.

Have you ever struggled to get what you do at work or out of work taken seriously?

Yes. I try not to let it bother me too much, but there are always certain people encouraging me to ‘get a real job’. 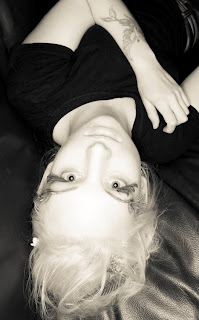 Your work is very specialized – is this something you’ve learned in an education system or did you fall into it?

I learned to play classical piano as a kid and I sat Trinity exams. Guitar I learned through free lessons at high-school. I sometimes tell myself I should have kept studying, but the flip side is I never really stopped learning and I’m still learning every day.

What effect has the Internet had on the way that you work?

The internet has opened possibilities I’d never imagined growing up. I’ve written music for people I’ve never met in the UK, Romania and the USA. And another plus; Social Media enables me to have some form of a social life when I’m busy. It’s not the same as catching up with friends in person, but it’s nice to be able to keep tabs on each other when you don’t have time IRL. 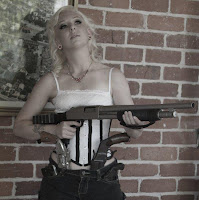 That’s hard to pick because every project is exciting, I guess because each one seems to be bigger than the last. It may sound egotistical but my own band Transit of Venus is probably my favourite project. It’s special because it’s mine, like my little pet. It’s been a real learning curve fronting a band, and I’m really pleased with a lot of the music we’ve created over the years.

A project called ‘Transit of Venus vs. Nosferatu’ is showing in February at BATs Theatre for the Wellington Fringe Festival. I’m very excited about this, and a little nervous. We play a live sound-track/rock-opera along to the 1922 silent movie Nosferatu. I’ve done this once before in Auckland back in 2009 but this time will be completely different. I have a new team of people, some new songs, new ideas, it’s going to be awesome! 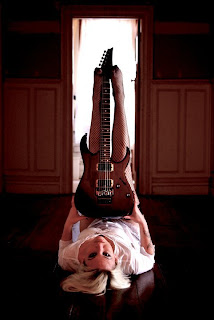