Not your normal job – Chloe King 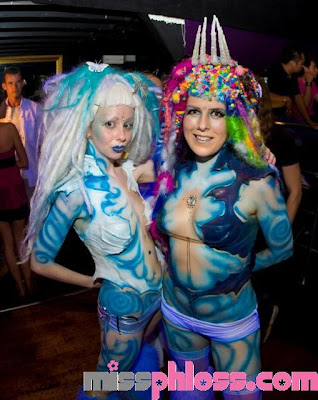 You are involved in a number of protests and public awareness campaigns.  What are they and what do you do specifically?
My main interest when it comes to activism is Women’s and Human Rights. I am an artist and writer so those are my main weapons in the fight for awareness around violence and oppression against women.
I believe it is important to find a non-violent weapon you can wield to draw attention and agitate dominate (oppressive) powers and systems.
Whether you are a musician, a good public speaker, poet, mathematician… all of these things can be used in the fight for human dignity and equality. It is up to you, to decide how you will use it – how you will wield it.

When and why did you begin?
I’ve always cared a lot for other people. Speaking out has always been important to me, it stems from my father who was a pedophile. He used to try and keep me and my twin sister silent about his abuse by telling us my mother would die among other things if we “told” on him.
In other words he used fear to keep us silent. Fear; something every oppressor and violent dictator has used to keep  people in their place.
I spoke out against him when I was just a child. At a young age I learnt about the importance of standing up for yourself and for others regardless of (how great the perceived) risk maybe.
During my high school years my twin sister developed a drug problem with meth among other narcotics. My mum spent years trying to get my sister off the streets and desperately trying to get the Howick (the suburb we lived in) police to help our family.
My mum found out some of the biggest dealers of meth from Howick to the Bombay Hills where paid police informants. This was why the police did little to help many families in Howick with the same problem as us. Many of these girls lives have been ruined forever.
I began to understand lives had different value. The police valued the lives of the dealers over my sister’s life.
I began to understand at a young age some lives in some people’s views where merely collateral.
But she was my sister, I love her with all my heart. She had immense value to me.
I will spend the rest of my life fighting for women’s rights because my sisters rights where taken away from her – I’ve seen the damage dehumanising and devaluing life can do. It is unforgivable.

What tips or words of advice would you give others to help them start out on their own paths?
Do what you feel passionately about. Do what makes you (be)come alive because what we need more in this world are people who have come alive. Who are willing to fight for what is right, not sit back and do what is easy.
We need to start being more consciously aware of what the mainstream media is NOT reporting on, not telling us.
Seek out the truth seekers; the journalists and people who are unwilling to compromise the truth.

Did you consciously decide not to work in a ‘normal job’ or is this a label you feel is ridiculous and unfounded??
I do work a “normal job” I am a bartender to pay the bills and I am in my 6th year of university. Being an artist and activist doesn’t exactly make you money at the start.
You don’t go into human rights and art thinking, “this is how I will pay my bills”. You go into it because something deep inside of you say’s, if you don’t act you could never forgive yourself.

Have you ever struggled to get what you do take seriously?
I am a women’s rights activist so that goes without saying. It’s not just men who see what I do as “meaningless,” it is embarrassingly women as well. I think anything that threatens the dominate power structures will always come up against ignorant and uninformed rhetoric that (purposefully) devalues what you do.
When you call a whole entire system into question there is bound to be a backlash (no matter how uninformed).
Sometimes I like the fact people don’t take me seriously because while they are busy, saying I can’t do something I am already doing it.

Your work and writing is very woman and politics focused – has this made you immune or desensitized to other issues at all?
I believe it often makes me more aware of the oppression and suffering of others my interest in human rights does not stop at women’s rights.
I think it is vitally important to keep looking at other cultural, social, political, historical and personal contexts because it will give more shape and meaning to the causes you are fighting for.
You are not afraid to voice an opinion in the political public arena.
What effect has that had on the way that you work and do you think you’re making a difference?
I am often reminded of Rachael Corrie, when asked this question. She was an American activist who went to Palestine, Gaza in 2003; she was acting as a, ”human shield” to protect a Palestinian house from one of the daily demolitions by Israeli forces. She had been waving and shouting at an oncoming armed D9 bulldozer through her megaphone. Corrie dropped to her knees in the path of the supersized bulldozer… which did not slow down.
Sometimes you realize, as an activist you can’t stop the fists from flying, the bullets from raining, the bulldozers from crushing, the violence from happening but that doesn’t mean you give up.
It means you keep going dispute the often, overwhelming odds against you. Corrie didn’t stop that bulldozer but her act reverberated around the world.
Her (symbolic) act reminds us, regardless of what we are taught all lives may not be seen as equal but we should fight for them to be equal regardless of where we came from. You have to cling to these ideal as an activist or else you loose faith.
So I believe we can make difference. It’s often slowly and only one person at a time but I think this is the miracle.

What is the biggest, most exciting project you’ve worked on / are most proud of?
I started my own human rights and art project, Activating the Global Posse, it is dedicated to giving women a voice who has survived violence through creative methods and means.
My project has been on the backburner for the last year due to other commitments but next year I’ll be dedicating all my free time to it. I intend to, in my life time transform it into a global organisation which fights for the rights and voices of women through creative and subversive means.

Have you got anything exciting in the pipeline that you could share with us:
I want to get into public speaking more, I hugely enjoy writing and saying speeches at political protests and want to make this part of my political career.
I think words, especially when spoken to a crowd are explosive and hold an immense amount of power.