Not your normal job – Aimee Whitcroft 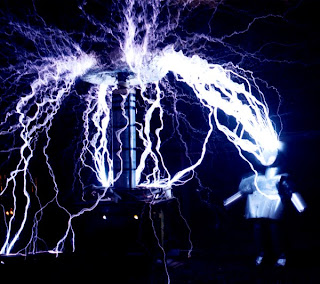 As a regular visitor to Wellington City I have made good friends with the Gorgeous Aimee! She’s amazing and some of the stories over a cider or two will always make me chuckle…  From her desire to hop inside one of these ferocious Tesla Coils or running around as head Nerdstress at Welly Nerd-nite (which I managed to make it along too last time I was down – this girl is pretty brilliant!!

What sparked the “I want to make science a career” for you? Where did it begin?

I was always one of those kids who was fascinated with the world around me. I remember devouring books (including encyclopedias and books of weird facts, which got me teased) when I was very young, and spent a lot of happy afternoons turning over rocks with my dad to see what was underneath.
A formal interest in studying science after school only developed half way through high school, though, when I read an incredible book about Artificial Life – it changed my aspirations from wanting to be a doctor (and, previous to that, an architect) to wanting to study molecular biology and computer science. Sadly, I ended up only being able to do Molecular Biology, which was nonetheless fascinating 

What is your favorite thing about being in your industry /job?

I’m not a working scientist, but instead work for a large research organization. As their web monkey, I continually get to interact both with fantastically interesting people, and very interesting research. It’s the constant stream of new information which I love most, as well as the wide range of characters I get to encounter 

When did you discover there was life outside of being someone “normal” (boring)? Was there a specific event or epiphany that brought that about?

I’m not normal? Damn! I’ve been trying so hard!
But seriously, and apart from the whole ‘but what _is_ normal, anyway?’ thing: I wasn’t ever all that normal anyway, so I couldn’t say. In fact, it’s entirely possible I’m getting less odd as I get older… Or not.

Have you ever struggled to get what you do taken seriously?

Not particularly, no. Indeed, it’s often been the case that other people think what I do is more difficult than it actually is. On the other hand, though, this leaves open to me a tonne of brilliant opportunities to educate people, or at least explain things to them engagingly 

In addition, I am able to terrify people with my eyebrows alone. This is a useful skill, and everyone should learn it.

A lot of what you do is very technical – is this something you’ve learned in an education system?

Only some of what I do is technical (well, I think so, at least). My science degree certainly helped my understanding of a number of science areas, and of course influenced the way I think and approach problems (i.e. clearly and logically). Mostly, though, I think the fact that I’m an inveterate nerd has been of the most use – I’m still fascinated by the world around me, and so tend to hoover up information about as much as I can. In addition, I’m not scared of things I don’t understand, which allows me to pick up new skills/knowledge pretty fast.

As for my writing – that’s just practice. Between spending my childhood and teens with my head buried in books, and having to constantly explain what I do to family and friends, it was a very easy transition into writing about science. 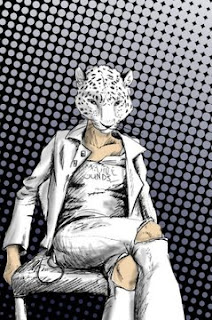 Do you voice your opinion in the political public arena? What effect has that had on the way that you work and do you think you’re making a difference?

I have tended not to, to be honest. I come from a country with a pretty unpleasant political past, and expressing one’s opinion there seldom had much effect once I was old enough to participate in the political process.

However, I’ve started becoming more active since I moved to NZ – it’s an ideal place to do so, given how easy politicians are to access. I’m often appalled by the lack of knowledge, certainly, that many of our politicians show on science/technology-related issues, and particularly on how they (should) affect policy. If I was to have any effect, it would be in that arena…

I do have to be a little careful, though, and I certainly don’t align myself with any particular party (even if I do have very clear and public opinions on some policies/issues).

Oh, man. There’ve been so many over the years. At the moment, I’m quite proud of nerd-nite (wellington.nerdnite.com) and how it’s growing, but I’m also involved with Retake the Net (retakethe.net), an upcoming art exhibition, a science podcast, and a couple of other incredible exciting things (more details soon).

Oh, and I’m doing the Mongol Rally (http://www.theadventurists.com/the-adventures/mongol-rally) next year. That might go down as the single maddest thing I’ve done yet

Are you doing anything interesting at the moment that you could share with us?

Check my Linkedin profile. No, seriously. Because it has _some_ of my projects on it. Otherwise, the list will just get kinda long… It would appear that I am either unable to say no, or don’t ever sleep

aimee m whitcroft was born in South Africa, and fled to New Zealand shortly after feeling to London. She lives very happily in Wellington, and is currently accepting gifts and donations in the form of single malt, hoppy craft beer and money. And, if you’re interested in any sponsoring for the Mongol Rally, get in touch with her at aim.ee.whitcroft@gmail.com.

For stalking purposes she is fairly active on twitter as @teh_aimee, and far less so on google+ as, well, aimee whitcroft.

Caveat: The answers to this interview were written under the influence of serious sleep deprivation.