I now pronounce you… married! 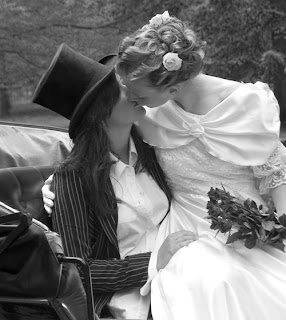 Weddings, Marriage, Getting Hitched, Tying the Knot, Civil Unions, and all that Jazz..

Ooooh that dreaded subject!! It’s a new year and I’ve just been constantly bombarded with it at the moment, it’s hard to avoid. Friends have been on holiday wedding tours (all their friends getting married around the country – ultimate party hopping right?), others are getting engaged or talking about renewing long term vows. *barf* It’s all too cute, lovey-dovey and romantic. I’ve never really been a fan of the whole concept. I blame the cynical grouchy side of me. “Whatever, like that’s really going to last forever!” Statistics aren’t really helping win me over to the whole pro-wedding fan club either. However my baby sister is getting married in March and I wish her all the best. Hers is a religious, courtship, chaperoned dating- “must impress the parents, ask for his daughters hand in marriage scenario”. Something that really would have driven me insane long ago if I’d been in her shoes. I’m really not a huge fan or rules, let alone a religious process leading up to a couples “big day”. I can’t see my black-sheep-of-the-family self being invited to be a part of the bridal party either, which really makes me,chuckle. I guess I really shouldn’t enjoy my “bad-influence” reputation as much as I do. But its really made me think about the whole Marriage thing and ask myself – 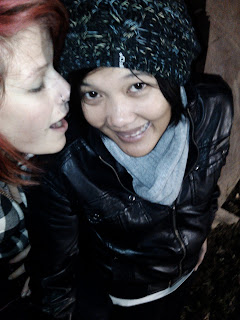 “What do I really think about it???”
I’ve always told myself that I hate weddings.

Stuffy Churches and long sermons and lots and lots of extended family members you don’t really know but feel obliged to talk to and and answer personal questions about what you do and how your life’s going! (Granted my extended family is amazing, jovial, alcohol connoisseurs, but getting used to cultural differences between family gatherings has been an overwhelming experience!)

The drama – there’s always one relative who turns up uninvited because of some passed silly family grievance!
The expense – lets face it venues, dressing up and catering aren’t cheap. And even if your just a guest there’s a perceived pressure to wear your finest (often requiring last minute panic suit shopping!!)
The emphasis on your “perfect day” – OMG WHAT IT IF’S NOT PERFECT!? Or it rains!?(Quite likely New Zealand is becoming more and more of a rainy tropical island every year!)
The God language
The weird patriarchal customs and marriage implications of leaving the parents to belong to a partner
Horrible bachelorette parties where girls with very straight, highlighted hair throw fuzzy pink feather boas around their necks and shriek “OMG eew!!” at perfectly respectable strippers while not tipping, ever. Pros of getting married could be:

1) Declaration of love.
2) A nice “fuck you” to conservative Christians.
3) Presents. There is a gorgeous Pink Kitchen-Aid mixer with my name on it out there. 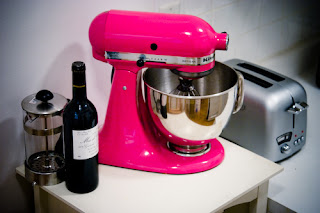 4) Families might, at some point in the distant future, begin to acknowledge relationship as “serious.” Maybe…
5) I would get to say “my wife” at parties.
6) A chance to torture friends with your demands. 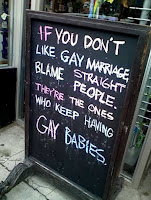 1) Um, you’re ‘married’ in New York and ‘domestic partners’ as soon as you leave and go pretty much anywhere else… Thanks New Zealand government! Its all just a little fucked up.
2) Weddings were created by and for straight (religious) people. I like straight people, but I’m not straight or religious…
3) Weddings cost money. I want to spend the money I do have on paying off the TV I just bought and going to Sydney for Mardi Gras!!
4) Gag gifts aren’t so shocking when a Saturday errand could easily involve shopping for a light sabre-shaped glass dildo you can freeze and put in the microwave.
5) Hmm. That whole thing about being obeying. What does that exactly…entail? Do I have to do that?
And if I won’t, cos I’m an “Independent Woman”, what then?
6) You’re engaged in an institution that forever changes how others define you. 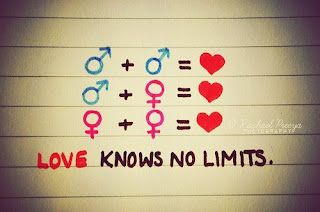 So after all that how does that leave me feeling about the whole subject now? To everyone getting married and engaged I whole hearted wish you all the best. Please invite me along, I’ll wish you all the good will I can and happily down (more than) my fair share of celebratory champagne!

Am I thinking about running of and getting hitched in the next year or so? Nope!! I’m more likely to have my “Big Day” on my 30th birthday actually… but that’s not going to stop me from having my own soppy romantic love dates, buying my girl friend a ginormus bunch of red roses for no reason at all. Just cos I’m not a marriage fan doesn’t mean I’m anti love. 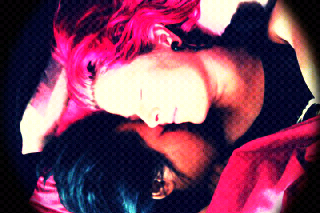 Maybe one day I’ll grow up and decide to make a civil union commitment and when I do I’m sure it will be beautiful.